For Valentines weekend two big movies opened at the box office. You had Deadpool for the comic fans and millennials and then you had Zoolander oft forgotten but still worth your time I made a deal with my movie going partner: I would go to Deadpool the opening weekend as long as I got to see Zoolander 2. Here’s how the two movie stood up to expectations. 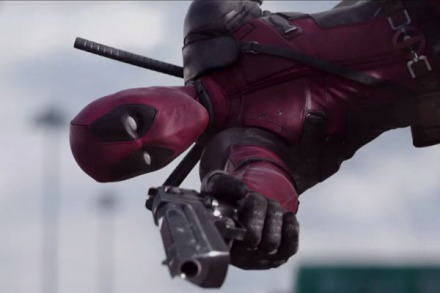 Deadpool has slowly been building steam. I was unexcited for another mediocre super hero movie. I had read some of the title character’s comics and enjoyed it but that didn’t mean I was running to the theaters. But early review came in and people loved the movie. It was so hyped up even Bettie White gave her endorsement. So I got excited about the movie and, honestly, this was the worst thing I could have done.

Deadpool follows a non-super hero as he avenges himself and his overly erotic lady love. Wade Wilson starts off as a violent, jerky mercenary that is diagnosed with cancer. In an effort to prolong his life and be with the woman he loves, he takes a dangerous treatment option. But that treatment turns sinister and he is turned into a mutant with insane healing powers. The down sides? His skin has been ruined leaving him literally scarred for life. Wade then takes up the mantel Deadpool hiding his hideousness behind a flashy costume while taking down the man who has changed his life.

In the first two minutes, I was convinced this would be the nest Guardians of the Galaxy (the best modern comic hero movies). The opening titles poke fun at what has become the predictable formula of these movies. It’s meta presence is sprinkled through out the film with many reference to Wolverine and Hugh Jackman. This jokes are perfectly timed and not over done. But the ,movie degenerates as it goes along. Part is the lack of faith buy the studio. The movie features third string X-Men whose characters were flat and one delusional. But the biggest issue is that the movie tries too hard to break the mold. The movie was raunchy, yes, but there were times were it was just offensive for offensive’s sake; it didn’t propel the story it just hurt it.

But over all the movie performs well. Ryan Reynolds is perfectly cast and does his best work when playing off other characters. In fact, he is a better leading man than several other movie heroes including Ant-Man. A future film with Cable (or heck Hawkeye but we can’t move across studios now can we?) will make better use of this banter as a anti-buddy buddy flick. Now that would be perfection.

Speaking of buddy buddy movies,Zoolander 2 shows us what happens when two perfect idiots get together. I am not a big Ben Stiller fan, but the original was too perfect not to love. The movie was ridiculous and stayed ridiculous (in a good way). It knew how to push the envelope with out knocking it off. It was laugh after laugh even after multiple viewings. So when they announced a sequel I was nothing but excited. The trailers didn’t disappoint; it was still just as ridiculous. It was going to be a great laugh. The movie met those expectations and I was more please with it than I was with Deadpool.

After a tragic accidents kills his wife and has his son taken away from him, Derek Zoolander has sequestered himself away. His pity party is crashed by Billy Zane who tells him he has been grieving for long enough and it was time to get back to work so he could get his son back. He is reconnected with Hansel who can’t stand him because the accident left Hansel scarred and ruined his carrier. But the two must put aside their issues and get to the bottom of why media stars are being killed. 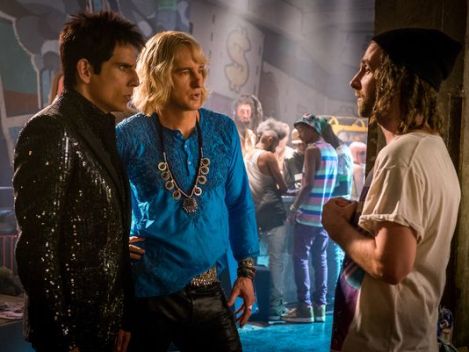 being alive. And it’s funny because this is a pooling of various idiotic statement people have actually made. When humanity’s various stupidity is put into one person, its collectively hilarious and believable. But that is all that is realistic about this. Every other event and plot point is exaggerated with great glee. For a time you are taken out of the violence and seriousness of the real world and get a chance to laugh. Here fictional male models ironically due what models are suppose to do: transport you to another place weather it is the runway, the visions in a fashion designers mind, or to a world were there is someone more stupid than Donald Trump.

The two movie are so polar that is it hard to compare them especially at what is a better movie. Zoolander made me laugh more and gave me just what I was expected. Deadpool didn’t meet my expectation but gave me some glorious shots of Ryan’s Reynolds butt.