A 3-D Foray into Pompeii

Today’s culture is saturated with science fiction disaster movies. Everywhere you turn vampires and zombies are brining and end to the human race. But Paul W.S. Anderson takes us to the past and one of the greatest tales of volcanic destruction. 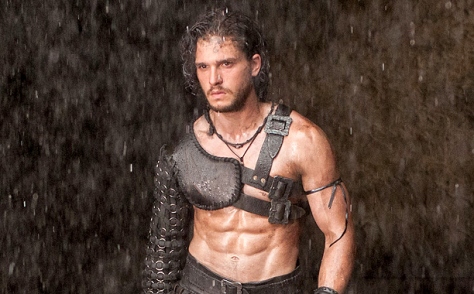 The movie follows a slave through the last days of Pompeii. One of the few remaining Celts, Milo is used by the Romans as a gladiator and it is his anger for his people that fuels him. His performance in fights draws the attention of his slave owner who wants to take him to Pompeii to show off. Pompeii is going through a crisis of its own. The city’s ruler Severus is trying to get Emperor Titus to fund the rebuilding of his glories city. But when his daughter becomes the price, he realizes he cannot get out of the game of politics. Severus’ family and the slave cross paths as Mount Vesuvius explodes and the citizens try to make it out alive.

What I really liked about the movie was that it spanned only days of time. There was no long, drawn out love courtship, and used only minor flashbacks to set up the story. In a short period of time, the writers managed to get many heavy points across. There is exploration of the Roman and Gladiator slavery system as well as looking at corruption of Roman generals. But the story also looks at love, friendship and duty. This keeps the movie from having a Titanic moment where everything is about sacrificial love. The movie also explores the many aspects of the natural disaster. It wasn’t just boom and poof everything was gone. The movie constructs the true impact of nature: earthquakes, tidal waves, and fiery debris, smoke that debilitated and fire charred people in an instant. This is was what really happened to these people.

The acting is perfectly fine, but the movie does not necessarily lend to great performances. The exception is Kiefer Sutherland playing the corrupt Senator. He is gloriously contrite and uppity. You delight in his wickedness. But Kit

Harrington and Adewale Akinnouye-Agbaje don’t have to do much more than look good being scantily clad and miming being a badass. While they are badass, it doesn’t give them much depth in their roles. I was glad to see Sasha Roiz in a pivotal on screen, as well as Anderson’s typical strong women characters that don’t just get kidnapped and scream.

The most disappointed thing about this movie is the 3-D aspect. Anderson is great at using 3-D to bring viewers into the action and often making them feel like they have been showed in zombie guts. But Pompeii only makes use of the technology as the volcano explodes. While the flying rock and ash make you cringe, these sequences are short and do not the rest of the movie.

I really enjoyed this movie but there isn’t anything special about it. It’s probably more of a Red Box rental if you don’t have an inclination to see Harrington’s glorious abs on the big screen.

DiCaprio is amazing in The Wolf of Wall street no doubt.  He does well with the humor and cockiness, but to see him really delve into the human psyche watch Shutter Island. Based and well adapted from Dennis Lahane’s novel, this haunting movie has a Sixth Sense ending so it will take two viewing to truly understand what a great job the cast and crew did with the material. Dicaprio never falters easily moving his character from situation to situation. The movie would have suffered with a lesser cast, but DiCaprio leads marvelous ensembles through the dark world of mental health.

We’ve all seen it. We all know its crap. Like Pearl Harbor, it’s not truly about the actual historical event that took place. Instead, it’s cliché movie romance a sucky ending. The whole movie is totally unbelievable. While it was great start for a young Leo on the big screen, it shouldn’t be remembered fondly.

This Foreign Language Nominee is emotionally powerful, even if the ending is a bit obtuse.  Mikkelsen plays Lucas, a kindergarten teacher who is falsely accused of sexual abusing his students. The plot is well thought out and viewers see the consequences on the accusations on not just Lucas but on several of the key players. Mikkelsen plays no one stereotype blending together a variety of emotions and feeling. He shows how deeply complex the situation is and how society actually reacts to even the allegations of abuse. The movie is moving and you easily side with Lucas from the beginning.

As Far as Daniel Craig’s James Bond movies goes, this is the best one in the lineup. This was probably the first time most American ever saw Milkklensen. While many are now familiar with him as the creepy Hannibal, this movie really proved that he was a great villain. But it only gave you that one side to his acting ability. Plus, whoever truly cheers for the Bond villain?

Silver Linings Playbook was all anyone could talk about last year and with good reason. The movie is both funny and serious and worked well with both aspects. Cooper gave the performance of a lifetime with a relatable protagonist with bi-polar disorder. From subtle tics to full blown outburst, Cooper managed each with ease and often it was painful to watch his character go through these emotions. The empathy he made us feel for his character was powerful.

Sure, Cooper easily glides into the role of the overly ambitious FBI agent with a perm. But it lacked the nuance of those as his character in Silver Linings. While it easy to argue that the issue is the character itself is the problem, it does not let Cooper shine. His character is just one of many characters where the roles are reversed. We are supposed to feel sorry for the bad guys and hate the good guys. But the movie doesn’t manage to do that, and Cooper’s character is an overblown hardass.

Monuments Men is fun, clever look into a particular assignment of troops during World II.  The war is deadly serious but the film injects humor and humanity into a time period that is known for its lack of thereof.

Monuments Men follow a small troop of art scholars and crafts men as they try to keep priceless cultural items from being destroyed during the war. Their biggest assignment, though, is to rescue to the art that Hitler has been stealing for his own museum. While the story seems outlandish, it’s a true tale. Hundreds of men and woman in a variety of countries participated in securing and returning thousands of pieces to their rightful homes. The film follows a group of seven men as they struggle to find paintings, sculptures, and other great works of art.

Based on the book The Monuments Men: Allied Heroes, Nazi Thieves and the Greatest Treasure Hunt in History by Edsel, George Clooney stars and directs this comedy-drama. Bill Murray, John Goodman, Hugh Bonneville, and Matt Damon are the core group of Monuments Men that the movie follows as they investigate the stolen artwork from all across Europe. But they have more to worry about that the Germans. The Russian troops are taking any artwork they find during their campaign as reparations for the war.  So the troops have little time to save some of the most precious artwork, especially after they find out that Hitler will destroy the art work instead of letting it fall into Allied hands.

The movie has not received many good reviews from critics because this isn’t your standard warfare movie. This isn’t on the front lines, in your face, killing and shooting. This movie is about a more subdued set of troops whose goals were not to be in the war, but to protect the culture that was being destroyed. Its content led to the humor ingrained in the movie. And the humor was taken very seriously. The movie’s release date was pushed back to make sure the comedy didn’t over power the drama, just added to the story line. I say they succeeded helping break the tensions with jokes. In fact, though their death and sadness, it is the least depressing war movie I have ever watched. The story is fun, but deep always considering the worth of human life as well as that of a civilization’s culture.

It sad that is the movie has had such a poor reception. In the end it has the same goal as Lone Survivor; these men will live on because of their story. Their sacrifices will be remembered. A lesser known aspect of the war, the movie really brings to light that normal citizens cared enough about the cultural of the world to become make-shift soldiers and enter that war zone.

Serious when it needs to be, and fun when it doesn’t have to, Monuments Men is a war tale with a happy ending.