After a horrendous experience and firing from AMC, fans and Frank Darabont weren’t sure if he would ever return to TV. The Walking Dead was his child, lovingly recreated from the comic book with Robert Kirkman. Darabont understood what the comic was about, the importance including Kirkman, and understood that the characters, not zombies make the story. His brilliance shines once again with the TNT series Mob City.

Darabont seems to run into endless problem when working on TV. His TNT pet project was adapting the book L.A. Noir: The Struggle for the Soul of America’s Most Seductive City. But legally he had to change the name; the company that owned the rights to the video game L.A. Noire would not have even that close of a name usage. The series. Working through this arabount had no choice but to change the name to Lost Angels. He finally settled on Mob City. 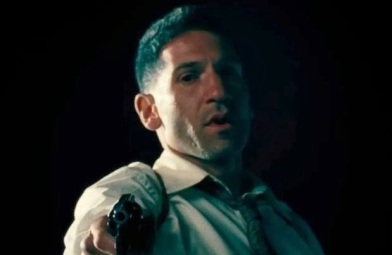 The characters are the best part of the tale. Like in most of Darabont’s work, the characters are strongly realized and well-cast.  Darabont has a unique family of actor that he likes to use and then adding a smattering of new faces. This show features Jon Bernthal, Jeffrey Dumun, and Andrew Rosenthal. Fans will recognizes these faces from The Walking Dead and Darabont’s other works. Here’s why he keeps these guys around: they are fabulous completing becoming this character and making you forgets who they had played in the past. He also gets good work out of fresh faces.  I was personally amazed at Simon Pegg’s performance as a guest star in the pilot. Hos ability you do drama is wonderful and Darabount uses this to its best advantage.  Also in this amazing cast are Edward Burns and Robert Knepper.

The pilot episode it’s gorgeous.  Darabount takes us into the time when the mob runs the cities. This period piece goes to great detail with cars, costuming and language. Darabbount masterfully moves the players in a graceful narrative. Watching the show it’s like father and child as Darabount directs Bernthal with love and commitment. The pilot follows Teague as he works with a local low life to help him black mail a member of the mob. The ex-marine shows his true colors and blood is shed.

The second episode can’t deliver quite as much. Part of that is the fault of the writing. The episode is much slower than the first deviling into a few new character s while viewers want to know what the hell is going on with Teague and the woman. But even that revelation is foreseeable. What I really want to know is what did he see on the negatives? That’s the real mystery. The other issue is that the pilot is just so well done; it’s hard to live up to.

The six episode series has some promise for the future.  Darabont wants the show to never more than six episodes that would probably in Decembers if the show takes off. TNT is trying something new by pairing two episodes for a three “epic” event cashing in on the fact that regularly scheduled program 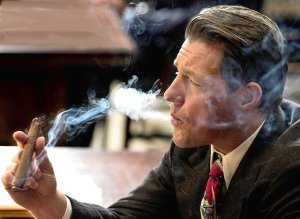 are on hiatus for the Holiday Season.  How well this works remains to be seen, but it was an awkward transition from the pilot to the second episode.

Overall, Mob City has quite a lot of potential a day just be what Darbount needs to wash the nasty TV taste from his mouth. Fans will be excited for the narrative strong narrative and beautiful visual shots.  Though it seems non-fans weren’t that excite; Mob City had a soft premier. But here’s to getting Darabont (and Bernthal) back on TV!